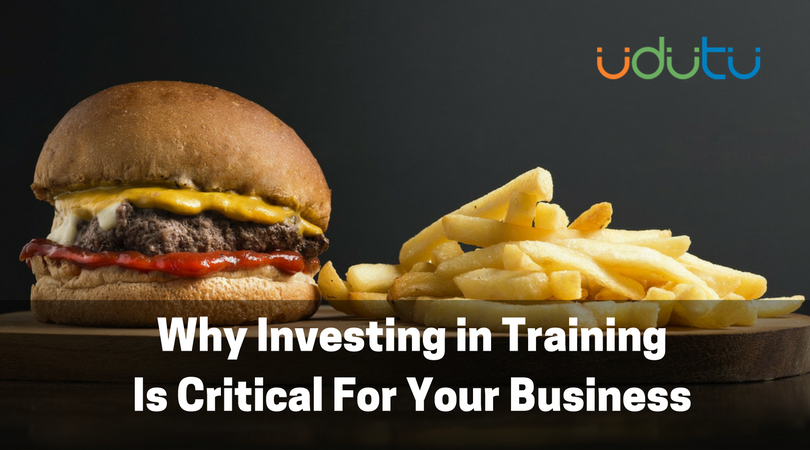 Although critical to their success, many businesses overlook training their employees. Training is often seen as an unnecessary expense that doesn’t contribute to the bottom line.

However, an effective employee training program will determine whether or not a business succeeds or fails. Companies like McDonalds built their entire business around a systematized training process, and have gone on to conquer the world.

Their competitors, who did not embrace training, have never been able to catch up.

A&W vs McDonalds: Why Did One Company Come to Dominate the Global Market?

Founded in 1919, A&W is one of the oldest fast food restaurant chains in the world. Inventor of the bacon burger, A&W became the first franchised restaurant company in 1921, and by the brand’s peak in the 1970s, A&W had even more stores than McDonalds. 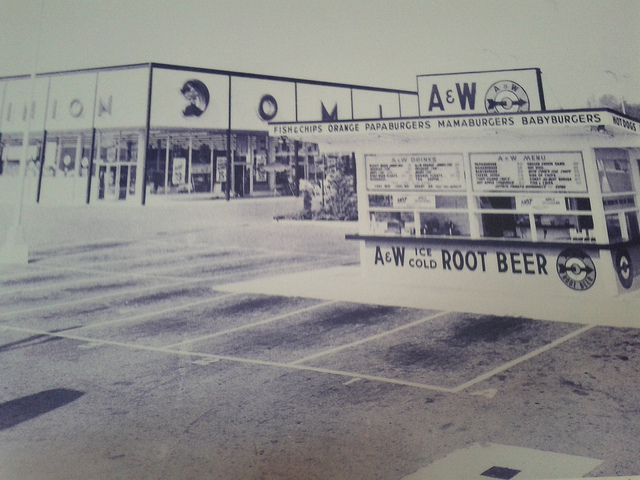 But it has been McDonald’s, not A&W, that has dominated.

Despite fierce competition and changes in consumer tastes, in 2018 McDonald’s is still the leading global food service retailer. McDonald’s is now the world’s biggest purchaser of beef, pork, potatoes, lettuce and tomatoes, and the second-biggest buyer of chicken after KFC. 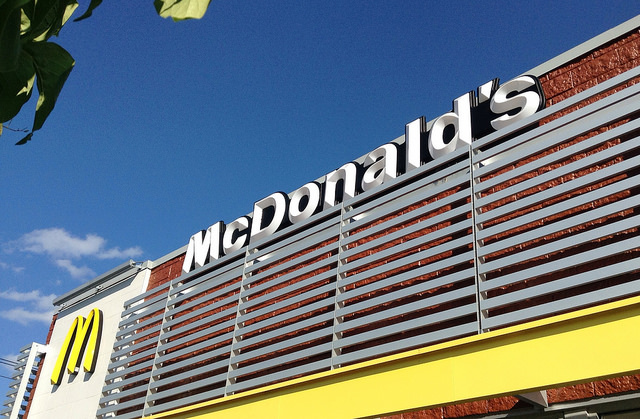 Today, more than 36,000 McDonald’s restaurants serve approximately 69 million people in more than 100 countries every day. In contrast, there are about 1,000 A&W restaurants in 16 countries.

Thankfully for A&W, however, the smaller burger chain has enjoyed a Renaissance recently, thanks to the perceived quality of its product.

However, it was because of quality that the Golden Arches originally beat A&W, and McDonald’s achieved quality by investing in training.

How Systematizing Training Paid Off for McDonald’s

Even as the A&W chain enjoyed its domination of the quick-service market back in the 1960’s and early 1970’s, McDonald’s focused on systematizing every single aspect of how each restaurant was run. Ray Kroc was first impressed by the systems created by the McDonald brothers, who had developed a system for everything, from how many minutes burgers should be grilled to checklists for meticulously cleaning the dining rooms where customers ate.

Training not only helped eliminate waste and maximize profits, but also helped guarantee a consistent experience for diners. The food, which tasted great at every restaurant, was served in the same way every time by well-trained employees. Founder Ray Kroc insisted every burger in every McDonald’s was of the same quality and that packaging was consistent. He recognized that training was the key to success.

Customers knew they could expect a consistent experience every time and at every restaurant. This helped build McDonald’s brand and continuously open new stores throughout the United States and around the world.

And it was thanks in part to making training a cornerstone of the company’s business.

Meanwhile, A&W struggled. The quality of the food served varied from store to store, and the restaurants were messy. A&W had not invested in training or some of the other innovations pioneered by McDonald’s (for example, Ray Kroc adapted space-saving modular kitchen equipment first used in submarines for the chain’s restaurants).

Notably, A&W experienced far greater staff attrition compared to its upstart competitor. High staff turnover is incredibly expensive, and McDonald’s reduced it by focusing on — you guessed it — employee training.

You can read more about how McDonalds designs and delivers training in this case study.

While it might seem that only large businesses like McDonald’s have the resources and sophistication to design and implement training, in reality, thanks to new, affordable online tools, any business of any size can do it.

This case study explains how a convenience store chain used training to improve its hiring and onboarding process to reduce employee attrition and save costs.

The HR department knew that one cause of the attrition was that the new hires didn’t have realistic expectations of the job. The new employees were surprised to discover they had to clean the bathrooms. Often, they were unsure of what to do on-shift, and would get discouraged.

It wasn’t uncommon for new hires to just quit or fail to show up and never be heard from again.

The Benefits of Making the Switch to Standardized Training

The convenience store chain switched to a standardized online Hiring, Orientation and Training (“HOT”) system based on the Udutu Learning Management System (LMS). HOT tracked everything from the application process to payroll data, and allowed training and orientation to begin immediately, even if the manager was too busy. Employees knew what to do when they started their first shift, and turnover declined. 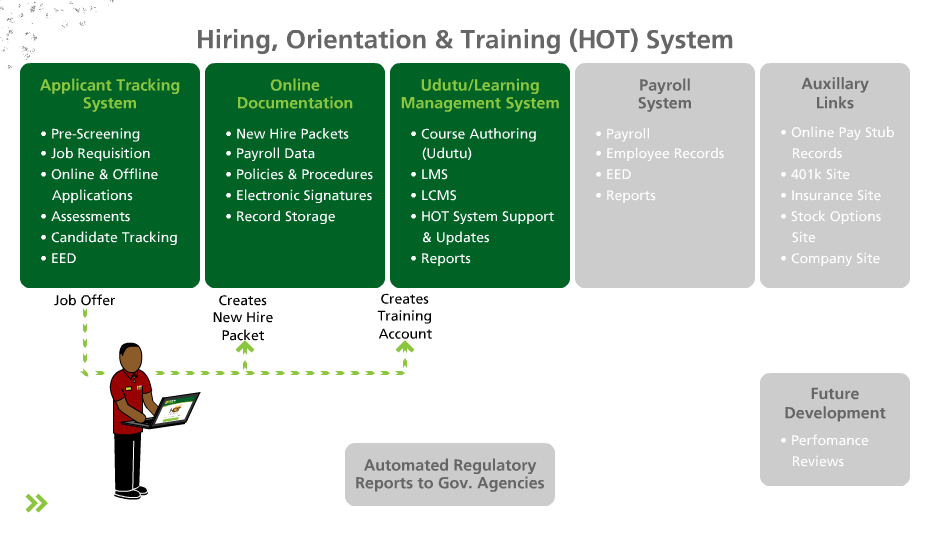 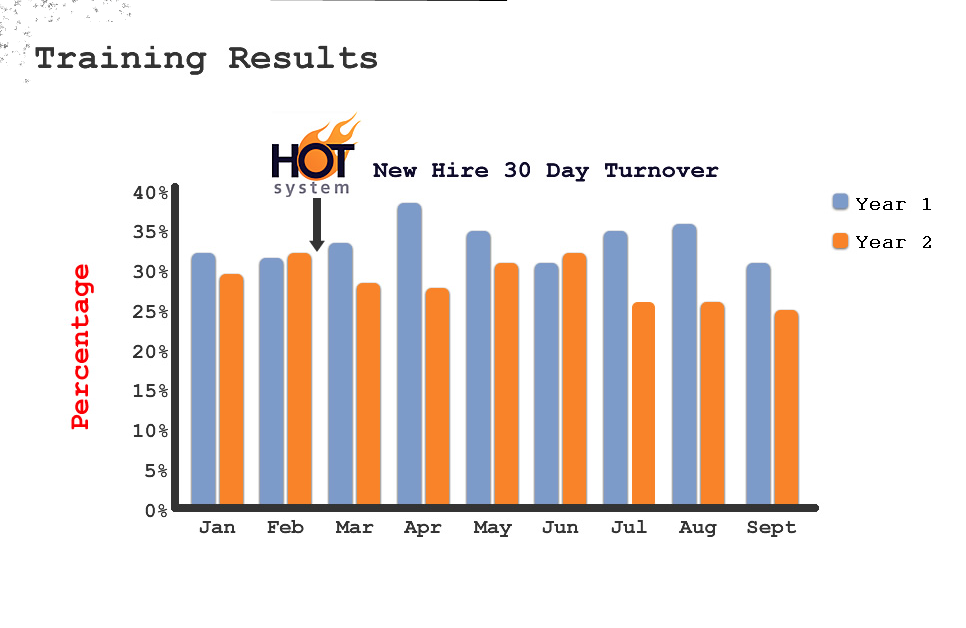 The company was also able to both reduce the number of new hires and rejected applicants, while increasing the number of applications. 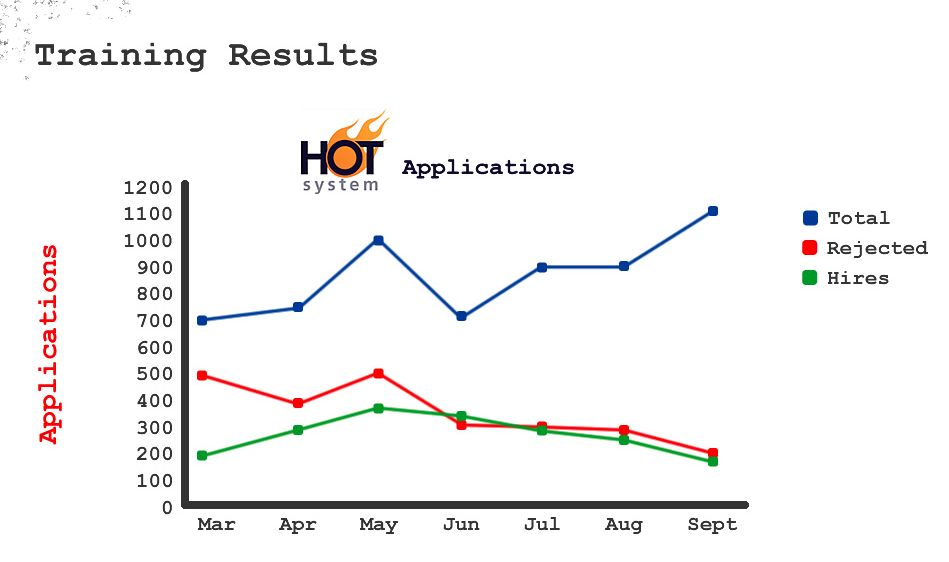 Thanks to the training, the word got out that the convenience store chain was a good place to work. Both the number of applicants and the quality of applicants increased.

The company was able to reduce new employee attrition by half, saving $626,000 a year from the onboarding process alone.

Conclusion: Training Is a Critical Part of Every Business Success

It’s not uncommon for businesses to avoid investing in training. But every business from a small family run restaurant to a major corporation succeeds only with a highly trained workforce.  Training ultimately helps reduce costs and increases profitability, and with improperly trained staff  a business will stagnate and ultimately fail. Perhaps training is perceived as being difficult to implement. That is no longer the case.

Web-based training makes it easy to set up truly scalable training for every employee, no matter where they work, and no matter how large or small your staff size, or even your customers.  If you want to explore setting up training for your own organization, take a look at Udutu.

Udutu’s LMS can allow a single organization to train as few as five or as many as 250,000 learners easily and economically. Try it out for free to see how easy it is to launch courses while maintaining total control over access and reporting.

When it comes to learning and development, online courses have become one of the most…

What can we learn from eLearning content and Online Courses?

Online Course Authoring has always been a source of fascination for me, as it is a perfect…

All is Fair in Training and War

When it comes to eCommerce, having the best Learning Management System (LMS) is essential. With an LMS, you can manage your courses, track student progress, and even sell products and…