Oh the exciting new world of Virtual Reality (VR). In my last post we looked at the possibility of using this new technology to make learning more effective.

With several new VR products currently on the market, we are able to get a sense of how the hardware and software work together to create unique learning environments that keep learners engaged. Could this be the next “big thing” in the eLearning industry?

Is it just a fad?

We’ve seen overwhelming excitement for some technologies which have been forgotten about almost as swiftly as they were introduced.  We quickly lost interest in Second Life because it was expensive to develop, relative to the learning outcomes.  Avatars soon get boring and annoying. But would they in a virtual world?

Could this trend be more significant?

One reason is that VR technologies are aimed at your average consumers and are relatively low-cost. So they will develop very rapidly and move into the market quickly, changing expectations as they go.

In my opinion, when you put technology into the hands of enthusiastic amateurs with time to experiment, it will always yield faster results than when a technology is only available to wealthy organizations and experts. That’s why there are already hundreds of thousands of developers working with the Oculus to come up with applications.

Surely learning and training should be at the forefront!

How does it help learning? 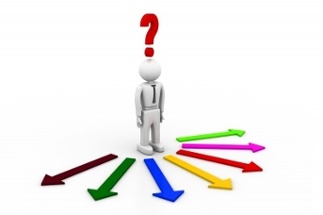 ENGAGEMENT. The bottom line, as with most new technologies, is the question of user engagement. Engagement is still the key to learning. Does VR technology enhance engagement enough to justify its use?

Has anybody heard of a computer game called Civilization? Or Railroad Tycoon? or Sim Golf? These were all highly successful games created by someone called Sid Meier, who is now a legend in the gaming industry.  He was once asked for the secret to creating a successful game. He said that “a good game is just a series of interesting choices”.

It struck me at the time that the same is true of a good online learning course. It is the act of stopping to think and making choices that keeps people engaged and actively involved.

No matter how flashy the technology, or the graphics, or the video choices – our decisions are the key to engagement! Ultimately it’s the choices that engage people. So in an online course, the assessments, exercises, and the branching decisions are the key pieces of the design. The rest of the material can be considered resources which don’t necessarily have to be the core of the course. You could, for example, make the learner look things up in a directory of links in order to complete a series of assessment exercises. At first glance it may not appear so, but it would still be an effective and engaging course.

How would VR lend itself to making choices? In order to keep a learner involved and engaged without supervision there would need to be a decision point or a choice to make every few minutes – or even seconds. Did you ever wonder why someone can become so engaged by even a simple game, and yet so quickly bored by an online course?

Choices in a VR environment

Current VR technologies track movements to help you manoeuvre and affects what you see. But without custom programming to turn body movements into action, the only easy way to make a choice still involves a mouse click or a touchscreen interface.

As a result we expect to see 3D Virtual Reality creating environments that contain potential interactions, and then a movement such as a mouse click would move the user into a more conventional 2D interaction. However this is just a short term workaround until the platform evolves. Projects like this can be created inexpensively using today’s authoring tools and easy to use engines that create environments with a WYSIWYG interface, such as the Unity.

With a little more time and money elaborate interactions can be created using any of several 3D development engines; such as those commonly used to create computer games.

Perhaps the biggest complication in creating an elaborate 3D virtual environment is the amount of time and bandwidth it would take for these to download and play over the internet. 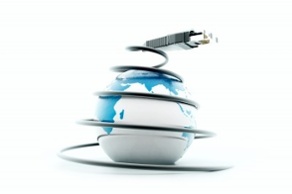 Solutions such as preloaded environments are an option, as are simple one-room environments that work well for such things as control room scenarios or surgeries.

Not long ago bandwidth was a significant problem for any type of movie content, and we’ve seen that change through a combination of better compression algorithms and more widespread access to broadband.  No doubt we’ll see similar improvements with VR environments.

We recommend that you don’t get dazzled by any technology or buzzword just because it is new.

If you need help, that’s what we’re here for. Please feel free to send question or comments my way.

Udutu’s free course authoring software lends itself to teams who must collaborate to create training, or to groups who are scattered and to Subject Matter Experts who don’t have the time or inclination to become technologists.

As always, if you have any questions about course authoring and creating effective elearning content, don’t hesitate to contact the team at Udutu.

What Are Adult Learning Styles, and How Do They Affect eLearning?

While it has become a controversial subject in recent years, the concept of learning styles—the…

With limited resources and budgets, many more organizations are now using e-learning as a means…

Designing an online course can be an overwhelming task at times. How do you engage…

When it comes to eCommerce, having the best Learning Management System (LMS) is essential. With an LMS, you can manage your courses, track student progress, and even sell products and…