In this Q&A, CEO Roger Mundell explains the philosophy behind Udutu. “We want to be the good guys. The ones you trust to eliminate obstacles and to provide the tools you need.”

Q: Where did the idea for Udutu come from?

The idea behind Udutu came from my time working at Royal Roads University (RRU). RRU was launched in 1995 and was essentially a startup university with a desire to scale up, but limited resources to do so.

At that time Royal Roads had enough classroom space for 300 students, because the facility had formerly been a military officer training college. But they were aiming to enroll 3000 students. For several reasons there were no immediate plans to build new classroom space, so the only way the university could scale was to go online. The focus at RRU was mid-career learners who could not really spend much time on campus, in a classroom setting anyway.

I was tasked at RRU with introducing professors to the concept of teaching online. This was really at the dawn of the Internet, and teaching staff were very resistant to the idea of teaching online, if you can believe it.

Q: Why were university professors so opposed to delivering curriculum online?

They feared they would lose control of their own classroom material. An instructor or professor may have spent an entire career accumulating a number of assets such as images and charts and so on, and they have very specific ideas about how that content is taught — they want to make sure their students will learn.

However, back in the old days — before Udutu — professors at Royal Roads had to deal with a complicated, lengthy process if they wanted to teach online. They had to work with a web developer to create online courses.

There were bottlenecks and the entire process took months, and the professors had no say over what the final online course looked like. If they wanted to make changes it was costly and expensive.

So, I wanted to develop a tool at Royal Roads that allowed teachers to retain control over their content and their curriculum.

Q: How did you help teachers and subject matter experts retain control?

We focused on making everything browser-based, and available on any platform. We also focused on making the software free to use, rather than requiring a user license. Since they didn’t have to worry about paying for licenses, it was easy for teachers to collaborate with others, and to scale and add more students.

Udutu spun off from Royal Roads in 2007. Ever since then, Udutu has always wanted to make it as easy as possible for anyone to transition into online teaching and learning.

Q: Where does the name ‘Udutu” come from?

It’s pronounced “you do, too” and so the company name has always meant to imply empowerment — “we’re making it easy for you to deploy online learning.” From the very beginning we wanted to eliminate the barriers so that anyone who could, if they understood the subject, create their own courses.

So, our content authoring tool is free, it’s on the web, it can be used anywhere. You can be the subject matter expert sitting at the beach, as long as you have an internet connection.

The Udutu LMS is also free to set up and add learners, and customize, and the first five active users are free, after that it’s a subscription model that lets you scale gradually as users become active in the system.

We want to make it easy to scale up without taking any upfront risks or large expenditure commitments. 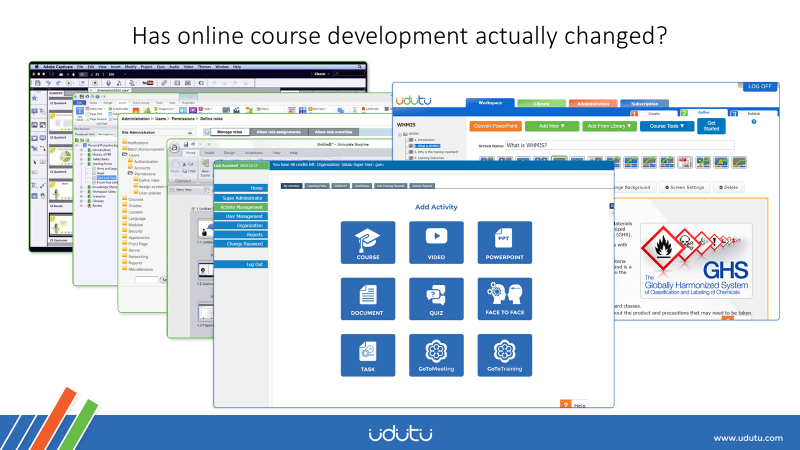 Q: How does Udutu pricing work?

The content authoring tool is free to use. But the LMS supports content from any SCORM compliant authoring source. Anyone can set up an LMS for free, hosted on Udutu’s servers., and can test out with 5 active users for free.

You could have thousands of registered users, but only five who are active, (i.e. actually taking online training that month).

After that you can build up and expand your users as you need just by increasing the monthly subscription. The price per user gets lower with volume.

Q: Why is the Udutu LMS free to use at first?

We wanted to solve a typical problem with scaling an LMS. With other LMS providers, it can take months or years to build user engagement, but in the meantime you’re paying for your total anticipated or registered users. You might have licensed for 3,000 users for example, but only initially have 50 actively taking courses.

That’s a huge upfront expense for nothing.

With Udutu you’re only paying for the active users you have in any given month. Say you have an organization with 3,000 users and you want everyone to take the course. Traditionally you’d have to pay for all of them up front plus setup costs, even if you don’t yet have 3,000 users.

As well, you can import all the potential users, but if you have only 50 users taking a course, and out of them you had just 15, you’d pay for those 15. It’s per active user: nothing when you set up, nothing when you deploy, get the first users free and only pay for the users that were using the system in a given month.

For larger companies, we offer firm fixed annual pricing options if they prefer that for budgetary reasons. We make it a policy to avoid scope-creep, surprises and other things that make life difficult in larger more structured organizations.

Q: What’s next for Udutu?

We’re always trying to identify and reduce any barriers to getting content to learners whenever possible, while reducing risk.

Today, Udutu has just over 83,000 active registered organizations around the world with authoring tool accounts, and 129,000 authors who have built 169,400 courses on practically every topic imaginable.

The interesting thing about the training industry is that practically everyone everywhere in the world at some point in their lives needs to learn something so the total market is huge and thanks to the internet you no longer have to focus on local markets.

People will still need to learn in 20 years time. Techniques might change, but people’s brains will still work the same, even though technologies and platforms may change.. Udutu will stay abreast of what is effective and we’ll keep trying to make it as easy as can be.

They created a fully automated, interactive talent management system that covered the entire HR process from application assessment and hiring to orientation, training, career path management, succession planning and on-boarding for their chain of 349 convenience stores across the U.S, as well as their refineries, logistics and transportation divisions.

The process was completed in less than five months – a significantly short turnaround for such a major system development project at the time.”

Use Four Levels to Evaluate Training and eLearning

We guarantee 100% privacy. Your information will not be shared. 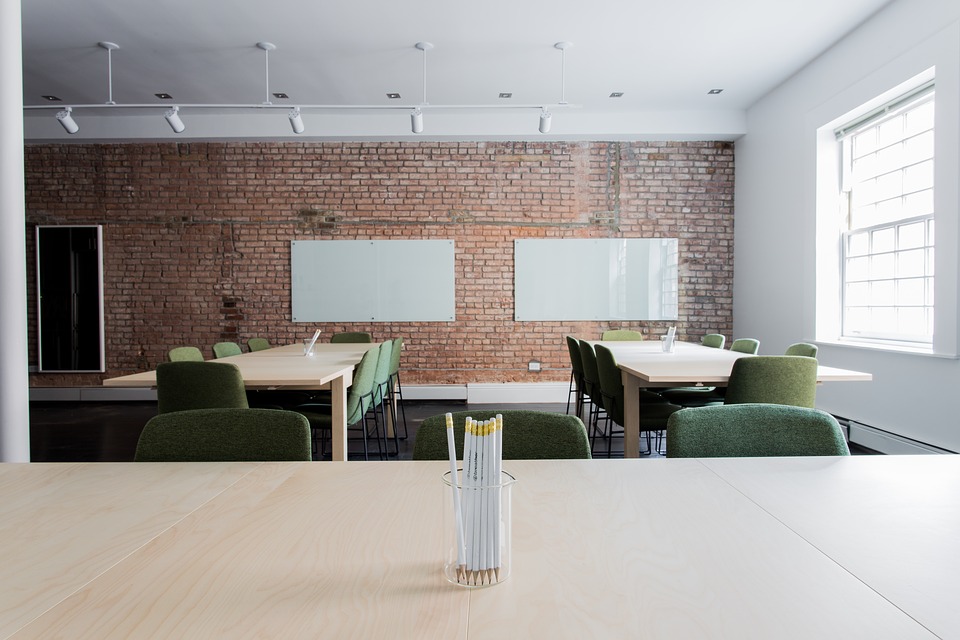